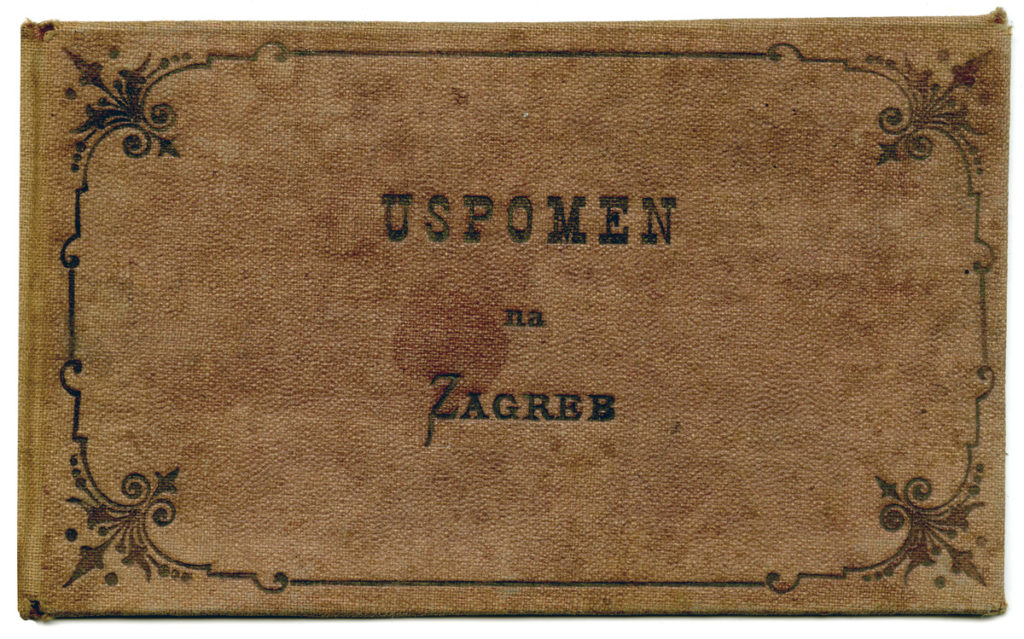 Cover of the photo album by Ivan Standl from 1871.

In an article accepted for publication in the journal Arhivski vjesnik (Bulletin d’archives), Hrvoje Gržina presents the results of the analysis of the album “Memories of Zagreb” by Ivan Standl from the year 1871. This album – apart from its exceptional cultural and historical value for Zagreb and Croatian photography in general – is also important because of the printmaking technique by which the prints included in the album were made. Namely, the prints were multiplied using the collotype process, introduced into practice only a few years earlier, which makes this album a pioneering achievement of photomechanical printing in Croatia. The results of the research reconstruct the context of creation of Standl’s album, connect it with the First General Croatian Teachers’ Assembly in Zagreb and enrich the history of photography in Croatia with new knowledge. At the same time, they unequivocally confirm the previously known importance of its author as the most prominent protagonist of the photographic medium in the nineteenth-century Croatia.